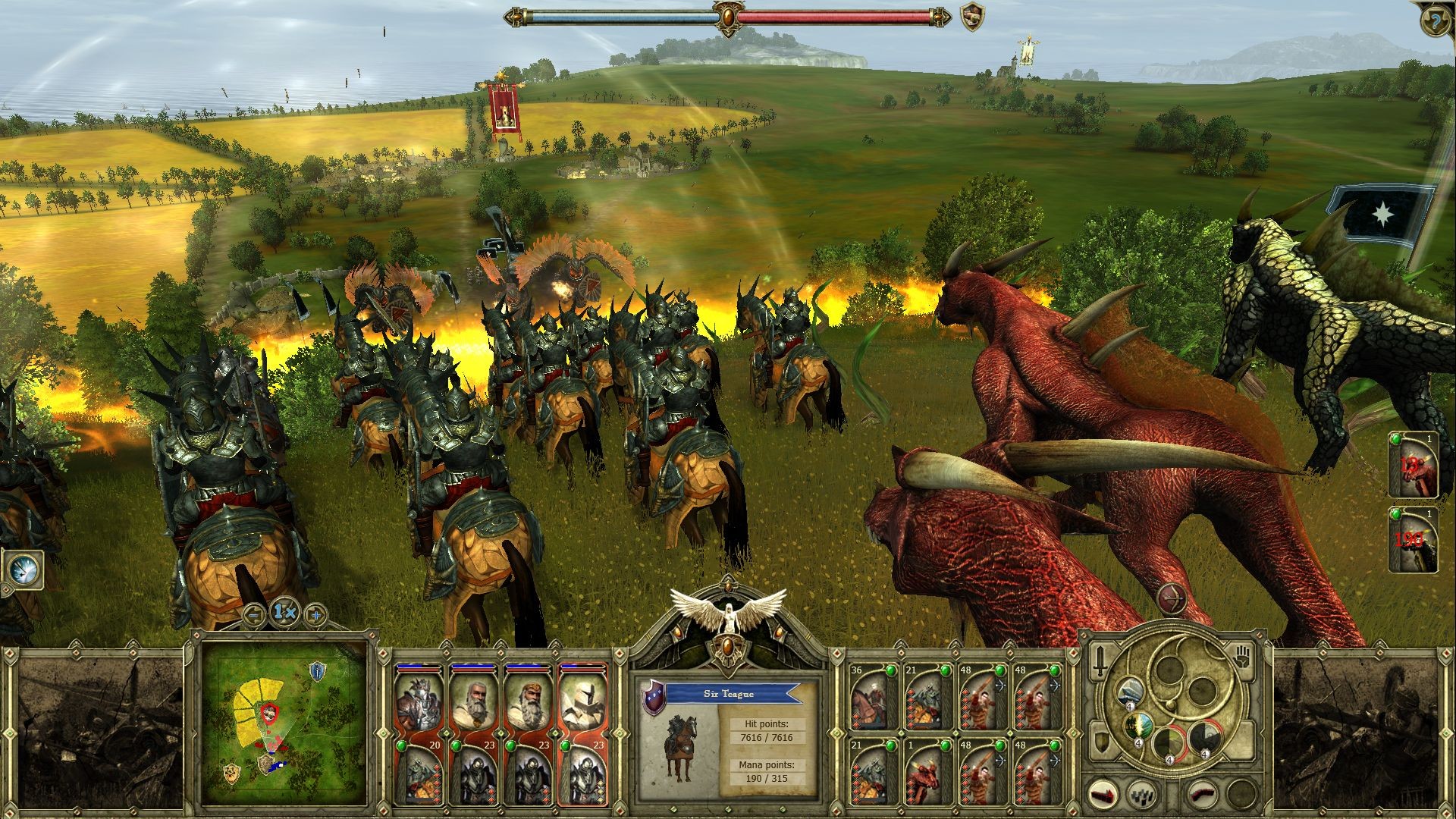 The way that temples work in Majesty 2 has also changed from the original Majesty. In the original game, players could build temples wherever they desired. Now temples can only be built on “locations of power.” This is a welcome addition from the original Majesty, as temples often times made missions too easy and made multiplayer unbalanced, because the heroes the temples produced were so powerful. (The temple of Helia was especially unbalanced for multiplayer.)

The temples available in Majesty 2 are:

As players from the original Majesty will immediately notice, the Temple to Lunord no longer exists. This is because, during the 500 years between games, Lunord decided to try and revolt against the other gods. Lunord is currently trapped beneath a volcano in Ardania. (Note that this does give Paradox the ability to bring him back at any time.)

Unique to Majesty 2, players can now upgrade their heroes to one of the temple classes (each character can upgrade to a choice of two classes. Rogues, Elves, Dwarfs, and wizards cannot upgrade their classes at all.) This method allows players to effectively take their high level characters and make them even more powerful, for a cost. 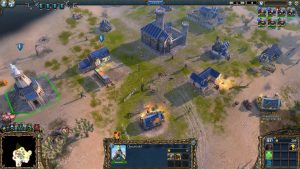 The Story and Missions of Majesty 2

The campaign of Majesty 2 tells the story of a king who summoned a demon to try and prove his worth as a king (as in his time, evil was gone from the lands of Ardania.) The demon defeated the king and now rules over the lands of Ardania. The player takes on the role of the heir to the throne. It will be up to the player to reunite the races in the land of Ardania, recollect the magical artifacts of the throne, and slay the demon.

After each mission, players will be able to promote one of their heroes to the Lord status. This allows the hero to be used in any campaign mission. To use the Lord in another mission, players must first build the Hall of Heroes. Then, after the Hall is built, players must higher the hero. Because the hero is a high level, it will cost a large sum of gold. (For instance, a level 12 cleric costs around 2200 gold to hire.) A player can have three Lords active on the field at any time.

Besides the campaign missions, players can also take part in single missions. These are missions that are unrelated to the storyline, but still prevent a variety of challenges to the player.

The Multiplayer Aspects of Majesty 2

The multiplayer aspects of Majesty 2 provide players with a completely different playing experience. To join a multiplayer game, players will first need to click on the “Multiplayer” tab in Majesty 2. Once there, they will see the option to pick between a “LAN” game and an “Online” game. A LAN game is where you are playing someone on your network. The online game, on the other hand, will allow players to play each other around the world. To play in an online game, players will need to minimize or alt – tab from Majesty 2 and go to an internet browser, and then register a Gamespy Arcade account. (Players can skip this step if they already have one.) Then, once they have their login information, all players need to do is enter it in the game, and they will be taken to the multiplayer games lobby. Multiplayer games in Majesty 2 allow players to select from a variety of courses. On these courses, players may be presented with a variety of quests as they are trying to defeat the other player. For instance, on one of the 1 vs 1 maps, the first player who holds 20,000 gold in their treasury will be given three of the artifacts to the throne to be used against their opponent. The game is quite balance, unit wise, in the way of multiplayer. When playing a multiplayer game, it is recommended for players to try and secure the trading posts, as it is often money that determines who can overwhelm the other kingdom.

With it being a few weeks since Majesty 2 has been released, some players are having issues with the multiplayer. When these players try to play in an online multiplayer game, they will almost immediately be kicked out of the game, and then they will be told that there was a “Desyncing” issue. Paradox Interactive has released a patch that should address the problem.

As a temporary solution, some players have started using Himachi. Himachi is a third-party program that allows players to create a virtual network. This allows players to play on LAN with no desyncing issues. (Himachi can be downloaded here: http://hamachi.en.softonic.com/free-download)

To access one of these servers that is being used, players will need to first install Himachi. Then, once the program is installed, install the Network Server: Majesty2-USA . The password to this server is gamespysucks . Once this information is typed in, players should be able to play against others that are logged into this server. This provides an effective temporary fix to the situation.

Social Media In The Hiring Process

Are You A New Blogger? Here Are Some Tips To Keep In Mind

Guide On Buying The Best Crepe Maker On The Market

A Brief History Of Bunk Beds